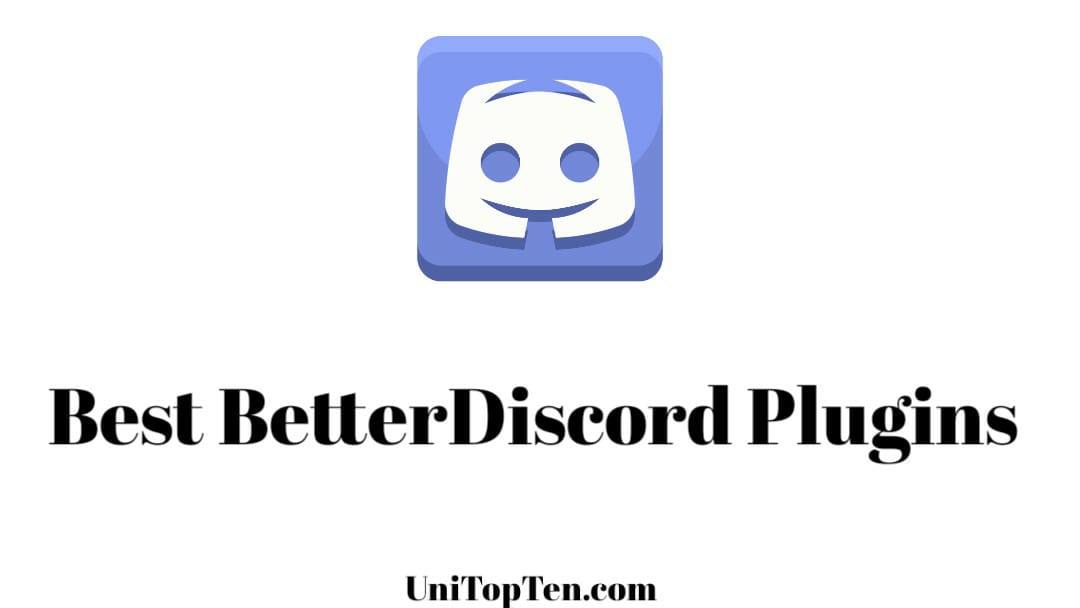 In this post, we will be providing you Best Discord Plugins. To install Plugins in Discord, first, you need to Download BetterDiscord and then install themes and plugins to customize your Discord server.

We will be going step by step in this post with the introduction to the Better Discord app then talking about its safety and then its installation process, and then we will be providing the best plugins for Betterdiscord.

So, without any further due, let’s get started.

Discord is a free instant messaging app. Users on the platform can communicate with each other via voice calls, video calls, text messaging.

You can share media and file in private channels or in different communities called “Servers’.

Discord is available to download for almost any platform such as Windows, macOS, Android, iOS, iPad OS, Linux, and web browsers.

There are thousands of different servers on Discord. As the app is mostly used by Gamers all over the world. It has thousands of Gaming servers. You can join the server of your favourite game and connect with people with similar interest.

Better Discord is a modified version of Discord. As the name suggests, BetterDiscord is better than Discord as it adds extra features and more customizable options to the original Discord application.

BetterDiscord comes with dozens of features that aren’t available in Discord. It comes with different emotes and emojis.

Using Better-Discord you can install different themes and change the look of your Discord app. You can even make Discord Transparent. 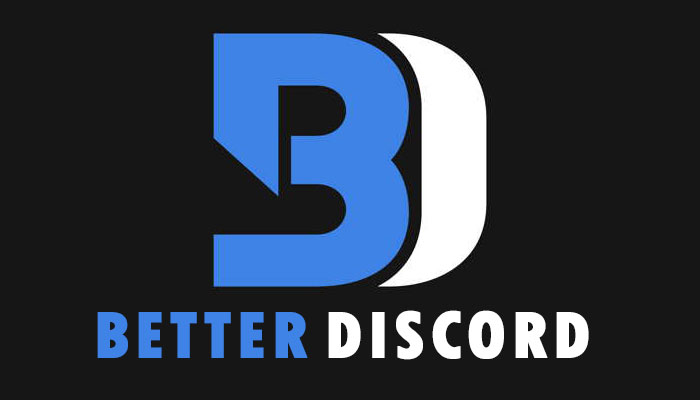 Moreover, you can also install plugins on Discord by using Better Discord to do a number of things are per your desire. In this post, we have listed 20 Best Discord Plugins that can make your Discord experience better.

Note: BetterDiscord still requires the Discord app to run on your system.

Well, you may have a question that is BetterDiscord Safe to Use?

Is BetterDiscord Safe to Use?

When any such modified apps come into the picture, people question their credibility.

And yes, you should doubt it too. How can we install an app from any developer just for additional features? They do have a point.

Well, in this case, BetterDiscord is 100% safe to use. Indeed, Discord will not ban you to use BetterDiscord.

However, BetterDiscord violates the Discord ToS and can cause security issues when you use unknown plugins or themes not approved by the Better-Discord community.

Anyways, if you want, you can go ahead and install Better Discord on your system by following the steps below.

How to install the BetterDiscord app on Windows and Mac?

The main thing is how to install the app. As a matter of fact, the BetterDiscord app is available for Windows, Mac, and Linux.

Note: Before installing BetterDiscord, you must have the original Discord application installed on your system.

First, you need to download the BetterDiscord file for your operating system from the links below.

**All these links are of GitHub** 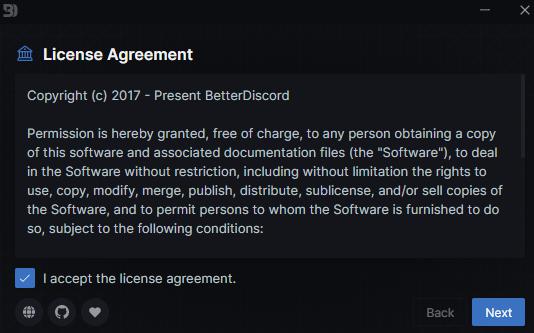 Now,  you will see three options. These include install, repair, and uninstall. Click on install and tick the option ‘Install BetterDiscord’. 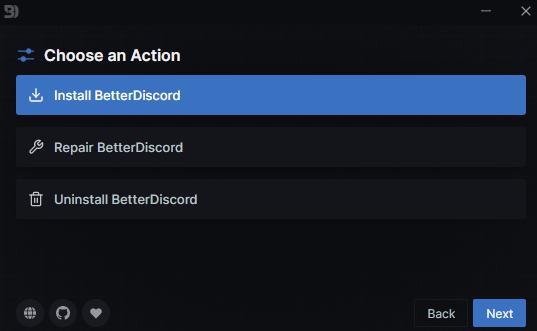 As the name says, this option will only install the latest and stable version of BetterDiscord.

Finally, click on Install. With successful installation, the Discord app will open up automatically. 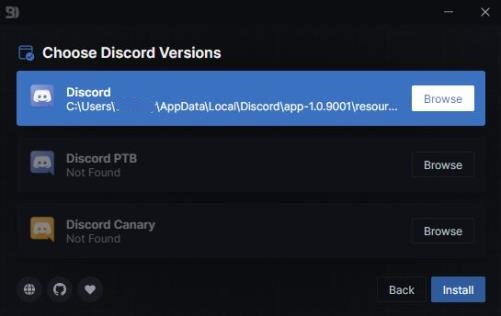 Do note that the process is similar for Mac and Linux as well.

If you want to make your Discord server better than installing plugins to do different tasks on the server is the best thing you can do.

Below are some of the best plugin you can download and use on your Discord server.

Note: Some of these plugins might get you banned from Discord.

Below we have mentioned that what plugins can get your Discord account banned and which are safe to use. – So make sure to check it out.

This Discord Plugin allows you to change your status automatically. You need to add a number of different messages that you want to display in your status and add time in which it can change. 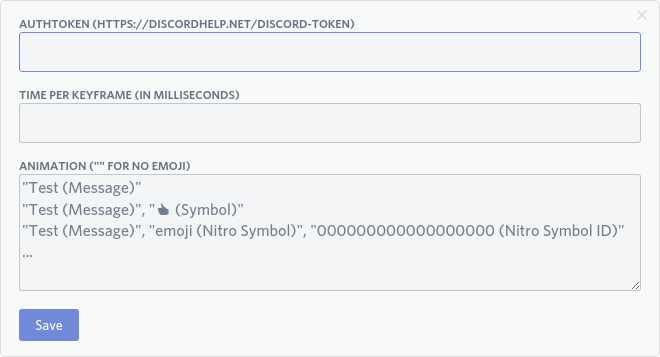 The Better-Discord Plugin adds a Control Panel while listening to Spotify on a connected Account. 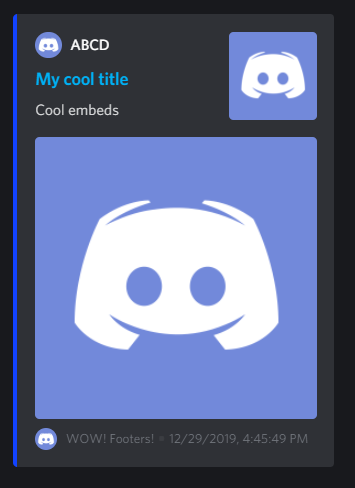 This plugin allows you to enter larger Messages, which will automatically split into several smaller messages.

This plugin allows you to move between images in the entire channel with arrow keys, image zoom enabled by clicking and holding, scroll wheel to zoom in and out, hold shift to change lens size. Image previews will look sharper no matter what scale you have and will take up as much space as possible.

Message Logger V2 saves all deleted and purged messages, as well as all edit history and ghost pings. With highly configurable ignore options, and even restoring deleted messages after restarting Discord.

Displays all hidden Channels, which can’t be accessed due to Role Restrictions, this won’t allow you to read them (impossible)

Adds a Clear Button to the Server List and the Mentions Popout. 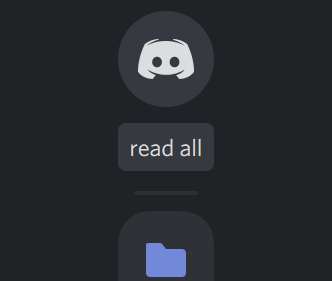 Adds extra Controls to the Friends Page, for example, sort by Name/Status, Search and All/Request/Blocked Amount. 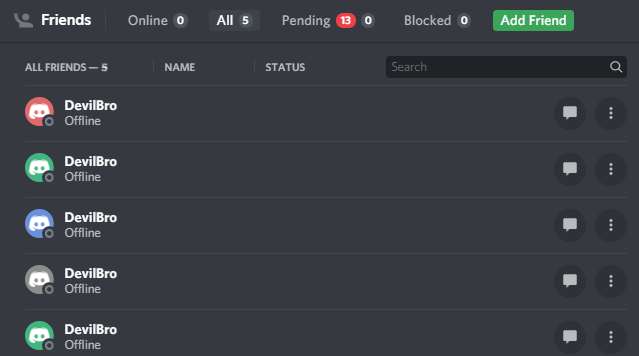 Allows you to hide the channels list in servers and DMs

Allows you to enter larger Messages, which will automatically split into several smaller Messages

This plugin allows you to switch between multiple accounts.

To switch between account you only need to press the AltLeft key and a number key (NOT NUMPAD!). With 1 you will switch to the account labelled as Account 1 in the settings. 2 is Account 2 etc. 0 is Account 10. You can also change the key binds in the settings if you don’t like the default keybinds.

This plugin allows you to directly download attached files within Discord.

Google translate plugin allows you to translate messages and your outgoing Message within Discord.

Changes the first letter of each Sentence in Message Inputs to Uppercase. 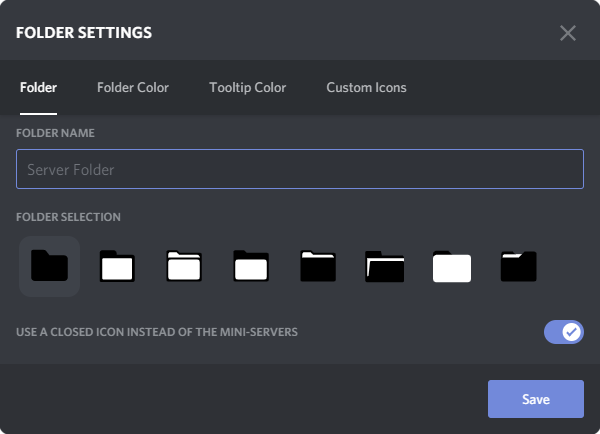 Adds an indicator to the channel and guild list when someone is typing there.

Allows you to view a user’s permissions.

Some other Discord Plugins:

These are some other plugins that most used :

How to Install BetterDiscord Plugins :

That’s it. The process is similar for Windows, Mac, and Linux devices.

Additionally, you can follow the same procedure to install themes in Discord.

Plugins that Will get you banned eventually from Discord:

1. Animated Status – This plugin Abuses Discord API which they really don’t like. So, using this plugin you get banned sooner or later.

2. BetterDiscord-Embeds – This plugin abuses Discord’s Bot API, and they really don’t like this. So if you use this you may get banned either quickly or within a few months.

3. Message LoggerV2  – This plugin is borderline illegal as it allows you to see messages that weren’t meant for you to see as the sender deleted the message, this could in unlikely chances contain personal information that wasn’t for you to see which was the reason for deletion, or could just be a grammar mistake.

4. Read All Notifications – This plugin abuses Discord API and may get you banned.

Plugins that won’t get you banned from Discord:

1. Spotify Controls – This doesn’t abuse any of Discord’s built-in API’s. It is safe to use for users and for Discord servers.

2. Display Large Messages – This doesn’t abuse any of Discord’s built-in API’s etc., It works like a file viewer and is not considered harmful to either for the user or Discord server.

3. Better Image Viewer –  This plugin gives you the ability to zoom into images, save them, view Discord server icons and user avatars. So, it is also completely safe to use and it doesn’t violate and discord API.

4. Show Hidden Channels – People might think this plugin could get theme banned, but this is relatively harmless, it allows access to hidden channels but lets you see the channel name. Because you are only able to view the channel names and not join/see the contents of the channels, this one is also fine and harmless.

5. Better Friends List – This is harmless too, it doesn’t abuse any Discord API’s etc. and just adds a few buttons and quality-of-life features.

6. Hide Channels – This only changes the CSS/Stylesheet of Discord to allow you to hide the channels list, completely harmless to both the user and Discord servers.

Discord is itself a great app, but to enhance its features you can download BetterDiscord and install plugins and themes on it to customize Discord as per your desire.

So, Hope you liked the Discord Plugins we have provided above. In case you use any plugin that you think we have missed then feel free to mention it in the comments. We would love it to add to our list.

Check out our other Discord guides :