Are you someone looking for ways to overdraft Cash App?

Do you need assistance with an overdraft Cash App card?

Is it even possible to overdraft Cash App card?

Well, we will talk all about overdrafting in Cash App right here, in this article.

So, without any further delay, let us dive right into the details.

What does Overdraft mean?

Let us understand Overdraft’s meaning in very simple language, without going deeper into the technicalities. Overdraft means a deficit in the bank account when the account holder withdraws money even when the account has no funds.

It is basically a kind of loan which you can take from your bank account when your account reaches zero. The amount of overdraft is not limited, you can withdraw any amount you need.

And one thing which has to be kept in mind is the fee for overdraft funds. Banks that provide you the overdraft amount also charge fee for the Overdraft.

Can I overdraft my Cash App card?

Cash App is probably the most popular peer-to-peer payments app out there will millions of active users. The app sports many features; you can use Cash App to buy Bitcoin, deposit checks, buy stuff online, get a loan, and whatnot.

A lot of users ask if they can overdraft Cash App card. Well, we will be talking about the same here.

Let us start by giving a straightforward answer.

But, if you need some amount, you can use withdraw overdraft using Chime.

But, in some cases, Cash App allows overdrafting. That is more of an automatic overdrafting, where Cash App push transaction that has been held before by the retailer or couldn’t continue because of some issue. But, you cannot overdraft Cash App account intentionally, on your own.

ALSO SEE: Can Someone Hack your Cash App with just your Username, Email, or Cashtag

Can I overdraft my Cash App card at ATM?

Cash App card is a debit card service that lets you hold money from your bank account to a Cash App account. You can use any of the accounts to make the final payment. 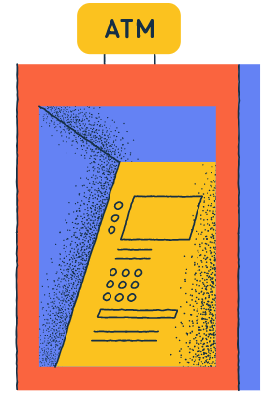 Cash App does support overdraft feature, that is more of an automatic feature. Sometimes, to push the pending payment or secondary charges, which have already been approved by you, Cash App overdrafts the Cash App account.

Well, the overdrafts sometimes cause a negative Cash App balance.

But, no need to worry; the good folks at Cash App don’t charge you an extra amount for overdrafting.

Can you overdraft your bank account with Cash App

Cash App is a payment transfer service app that also provides debit services with the Cash App card. Cash App card is a Visa-powered debit card that can be used to transfer the funds in your Cash App to anyone. You can shop online, buy stuff at stores, and simply load the Cash App card again from an offline store.

The Cash App card can only be used to access money in Cash App. You can use a Cash App card to transfer funds from the bank account. You will need to use Bank’s debit or credit card for that.

The answer is No. You can’t overdraft bank account with Cash App.

RELATED: How to Unblock someone on Cash App

If you have read the content written in the first two parts of this guide, you may already know the answer to this very common query – ‘How to overdraft Cash App card?’

But, if you have directly landed on this part of the guide, let us mention that one more time. You cannot overdraft Cash App even with using the card. Cash App doesn’t support this feature. Only banks do. 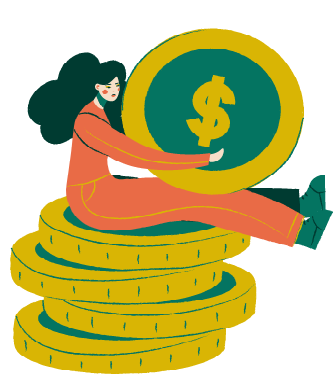 Since you cannot overdraft Cash App card on your own. We will mention reasons for the auto overdraft in Cash App.

The very first reason for the overdraft in Cash App is the insufficient funds in Cash App account. If your Cash App proceeds with a transaction that has been approved earlier, then Cash App will push the transaction even if there are no funds in the account.

But, they have to be paid later by the user. And Cash App proceeds with the payment of the charges through your Cash App account if that results in overdrafting or a negative balance in Cash App.

Q1. Does Cash App have overdraft?

Q2. Can you overdraw on Cash App?

There is no way to overdraw on Cash App. You cannot use the Cash App account for money transfer once it is out of funds. You will have to transfer funds to it to use it again.

Cash App sometimes overdraft your account if there is a payment, which has been approved by you earlier and held for some reason. But, Cash App won’t let you overdraft the account by any means.

No, you cannot overdraft Cash App card on your will. However, Cash App will overdraft your account when it comes with clear – dispute charges, secondary charges, and other held transactions by the retailer.